Well  I have been going through some ups and downs these last few weeks.Whats new hey ha ha

Been to the Doctors and they  still say the same crap I feel like I am in in the too hard basket for them.If it wasn't for my mother nagging (yes nagging me  mum but only in a loving motherly way) (and I need it ) I would have no encouragement to try anything new.

Like some days I don't seem to be able to get out of the darkness that my life has become and then mum , Gill or Gail calls and it cheers me up for a little while.

Then a few good things happen which make me think things are going to get better .

And I had 2 this last week of them.

One was the birth of my new niece Chloe and secondly my mum came down, YEAH...(I was only sick in bed 1 day for her,)you know how good it is to have your mum looking after you when you are sick -well it's UNREAL....

Anyway thanks for the lovely comments on Chloe -especially to Angie (I don't know how to respond to your comments but it was really nice-thanks.

So I hope you   enjoy the following photos. 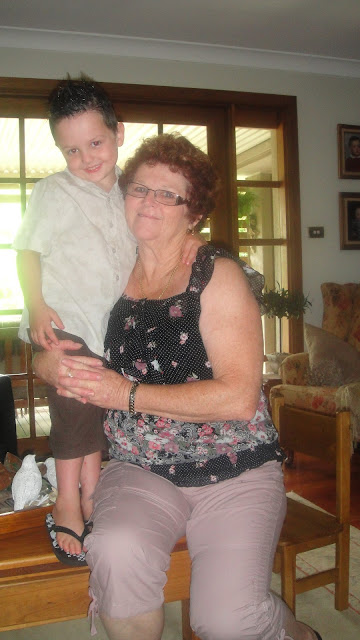 The LM loves his Nana. 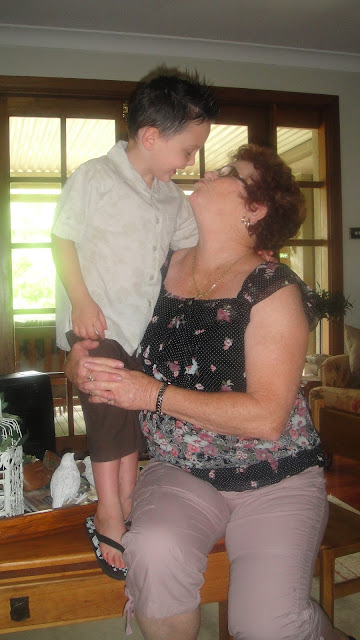 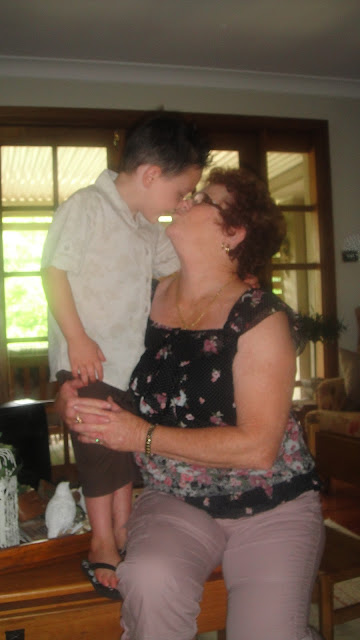 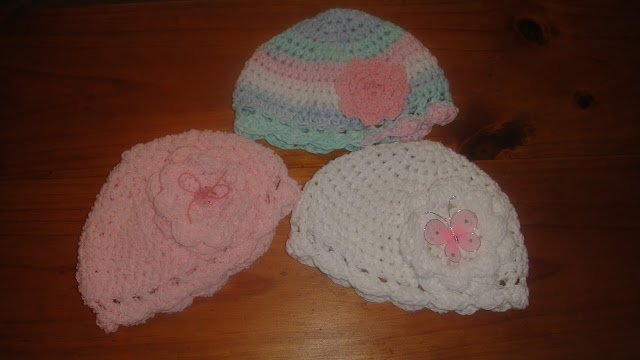 Aren't these just the cutest baby hats.I got the pattern for mum from somewhere
on blog land but I can't remember where.Anyway mum made them for Chloe...Now these are newborn size
and are still too big you did a great job on them mum even though you were
cursing the pattern as you were doing it...he he he 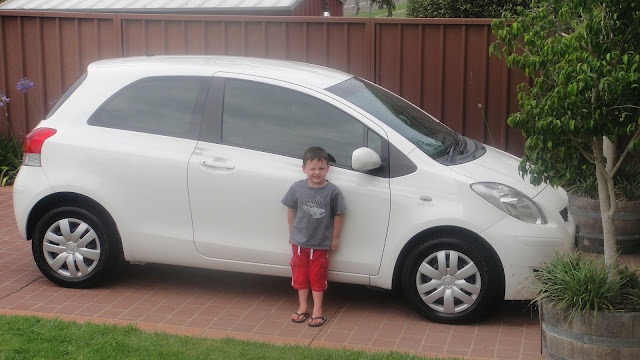 Great!!!! the LM can give the Honda a break for awhile as Kev has just got a new work car.
They are down sizing cars at the moment so changes were made
Kevin hates the car LM loves it.. 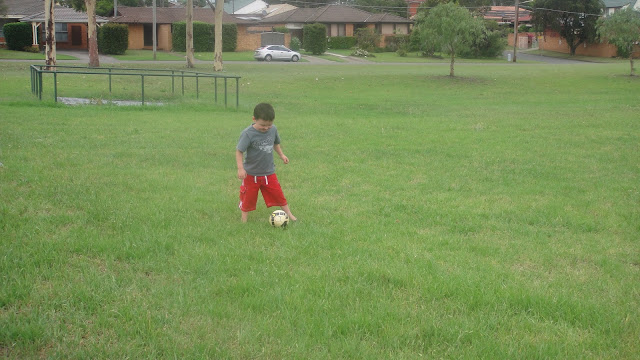 I decided to get off my butt and so the 3 of us went to the park so the boys could play ball.
No I didn't run with the ball it was hard enough just standing upright on the foot path (I nearly fell over doing that ). 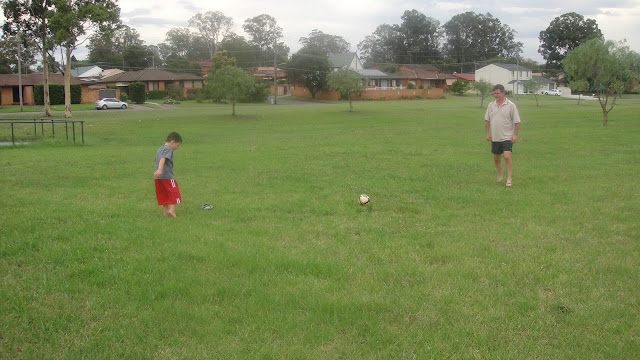 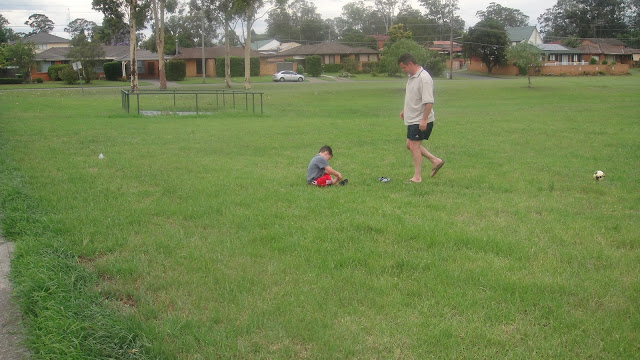 DA somethings in my foot... 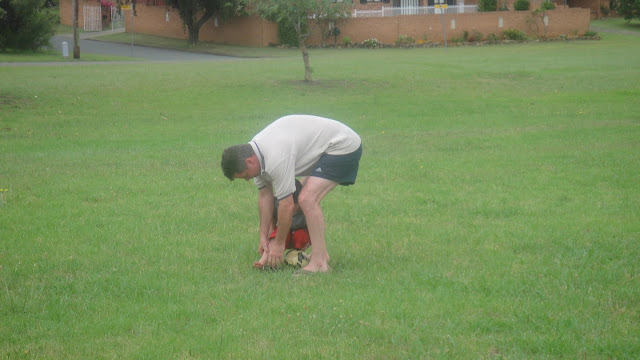 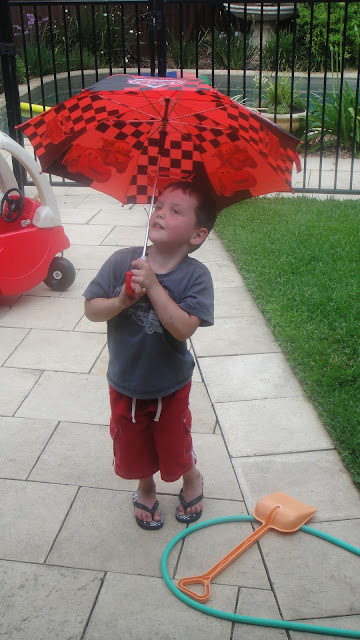 Nana bought LM an umbrella which he won't stop playing with.... 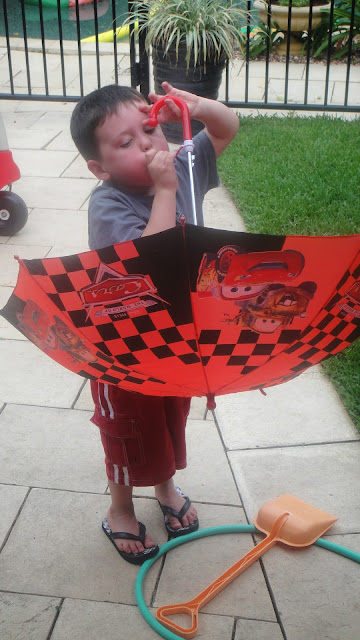 Except this one has a whistle on it which he loves...We would have
been better off with just the whistle....ha ha 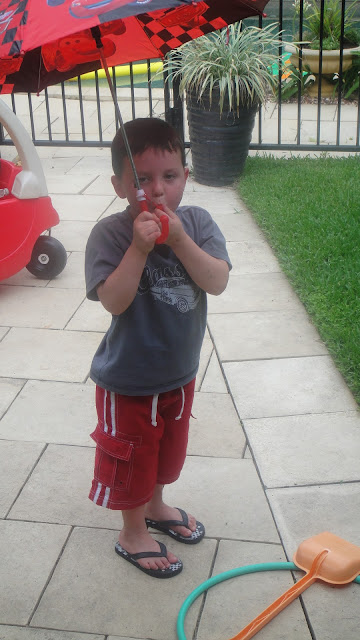 Well sorry its a long post.I will have more photos to share tomorrow.
love