As part of the re decorating of the Little Mans room I had to remove his vinyl name letter above his bed and also he had his name spelt out in separate letters that were painted to match his  baby quilt set so now they both had to be changed. 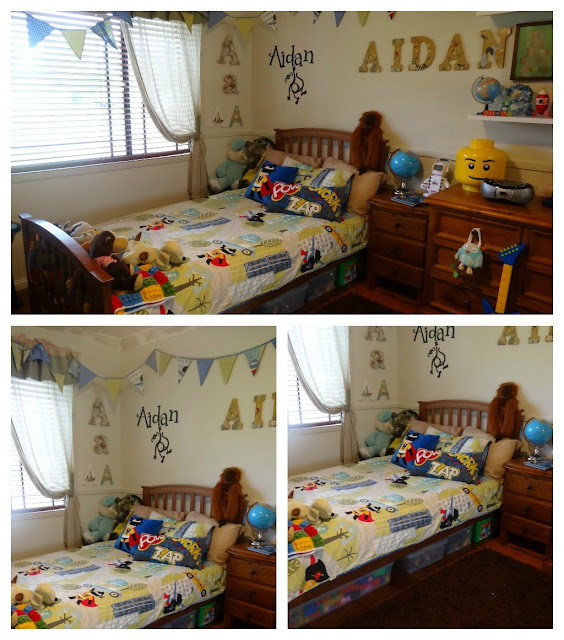 I ordered another vinyl letter from Etsy but this time I got one without the monkey as I want it to last a bit longer and I thought having a cute monkey on it makes it a little boys room while I am aiming for a "big boy room" Pheww....did you just understand anything I just said?

Before-Sorry it is a bit blurry but I had to cut this out of another picture because I forgot to take a before one.... 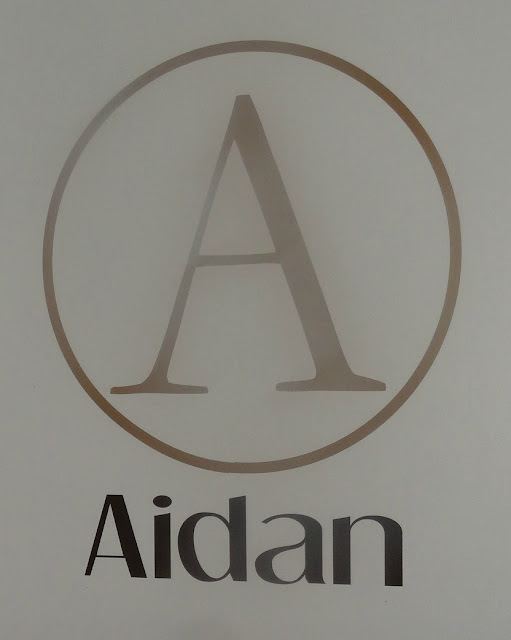 I also used to have LM's name on his wall these were painted taupe and had the animals from his quilt set on it way to young now so a makeover was needed.

Kevin (god bless him) sanded all the paint and pictures off them and gave them to me to paint (gee thanks),

It took awhile to work out what colour to paint them but eventually I decided on deep red to match his new quilt set and instead of just being plain red I dotted some and on the others I used a pill bottle lid and dipped it in paint and made circles on the letters.

I am very happy how both of these have turned out and they both look good cant wait to show the big reveal but I still have to do a couple of things in there yet.....soon....