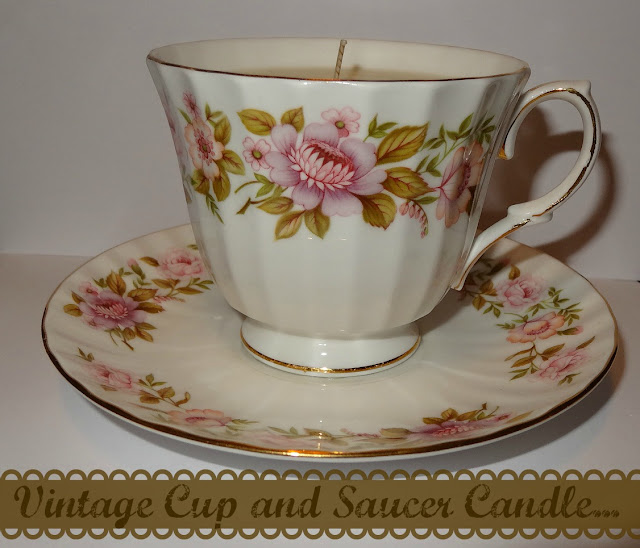 One is an antique style set with little pink roses the other a small white set sorta like an espresso cup.

I bought them years ago to make pincushions out of them-never happened and they just got put away till now.

I didn't want to make pincushions with them and then I remembered seeing candles in cup and saucer sets and they looked great  So that is what these cuties are going to be....

I had soy wax here so I melted  a couple of cups of wax .

While the wax was melting I glued the cups to the saucer with some super glue and I also glued the wicks into place.

I had some paddle pop sticks that Kevin had drilled a hole into the middle of the stick  I threaded the wick through this to keep it upright till the wax sets....

Then I used a oil fragrance called Coconut and Lime beautiful smell not too strong and overpowering.....I couldn't remember how much to use so I put a heaps couple of drops in it smelt divine...

Then I poured the wax into my pouring jug waited about 15mins to cool down abit and then carefully poured the melted wax into the cup.

I also had a few other containers that I wicked up so I wouldn't waste the wax.

I let them set for about 5 hours then took the paddle pop stick off and trimmed the wick. 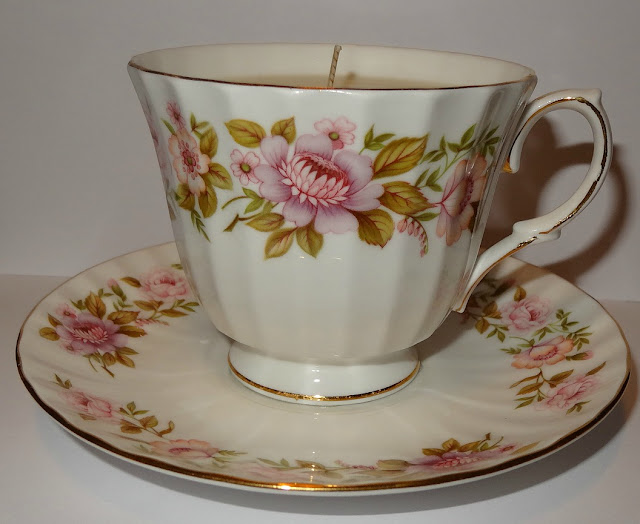 And now I have a beautiful smelling candle to give as a gift....(or maybe I should just keep it ) 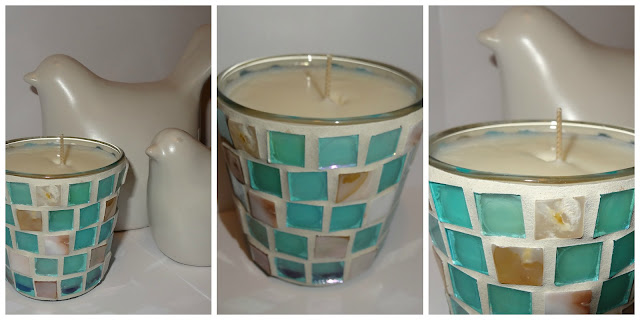 I gave this pretty blue one to Mel who said she is candle obsessed...
Today I am sharing at Wow us Wednesdays