The LM is doing soccer again this year .

He is in the Under 6's and his team is called The Jaguars. 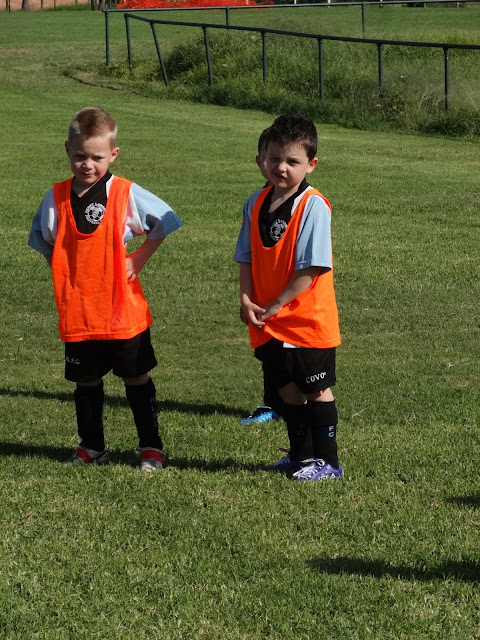 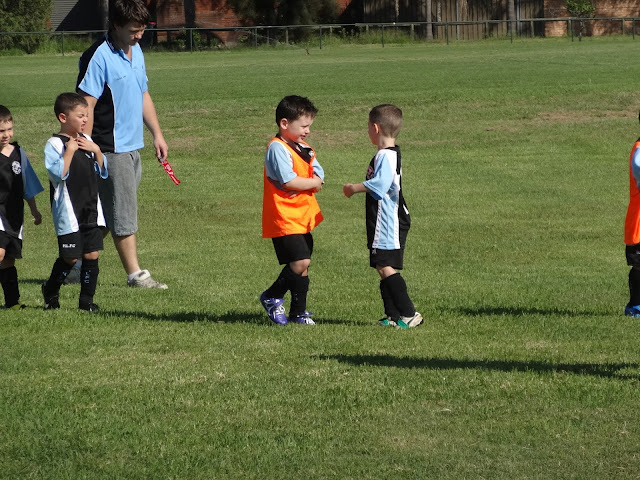 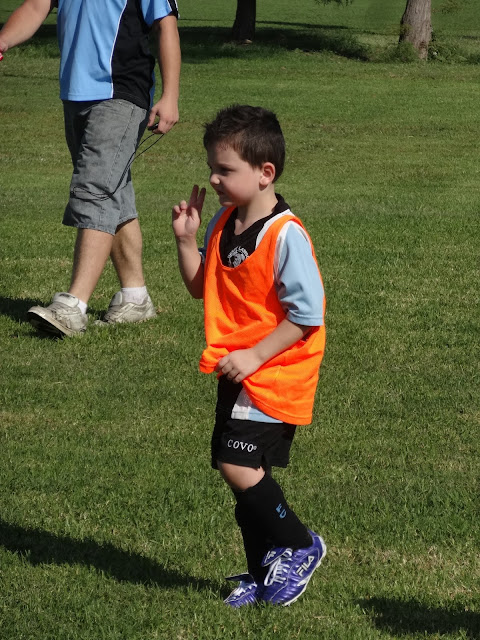 This year he has improved heaps  (well a little bit truth be told but who cares he is only 5 years old)and is starting to understand a bit more of the game.

Kev said it takes time for them to grasp it but he is trying.

I think it is good to have sporting actives for kids instead of sitting in the lounge room watching TV or playing a video game.

LM goes to swimming lessons and has done so since he was about 9 months old. This is one activity that wont stop as we have a pool. He actually is a very good swimmer now and is learning freestyle .

He also does Kung Fu which he is loving.

Then there is soccer. I like this because the other two activity's are solo whereas now he has to learn teamwork.

And I think that learning teamwork will be good for him as he gets bigger.

Do your kids do sports?