When mum came down last week it was great.I was sick off and on but I still got to spend some great time with her.

We have this on going joke in our house that when mum comes for a visit I get sick and go to hospital.Stupid but true...

On Thursday  we went to see Kerry so  mum could meet her new Great grand son Jaxon..Mum fell in love with him....it  was really  great  seeing them together... 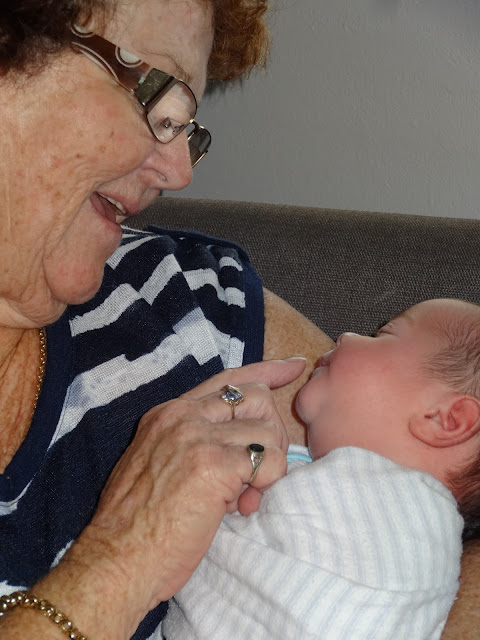 We did not get our 4 generations photos as Jaxon was very stressed.So I said we would get it later.

My sister Gail also came over for a visit so of course we had to have a photo of her and Jaxon.He was asleep so Kerry wouldn't let us wake him up so Gail got to hold him later though... 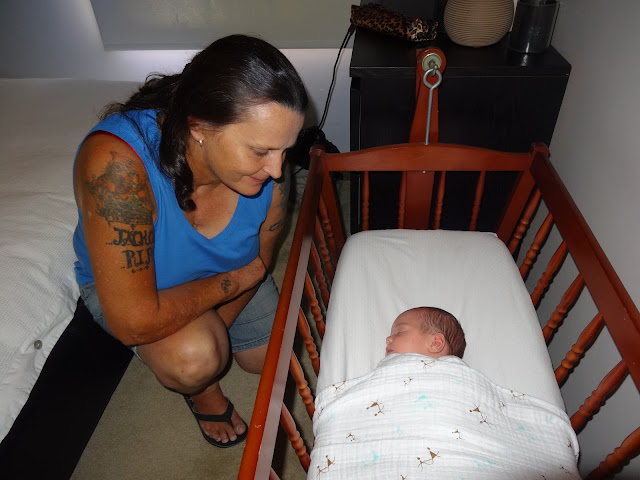 I took down some bits to take some cutie newborn photos.

Didn't work out the way I had hoped.

Kerry was a bit stressed Jaxon was stressed I got stressed just looking at those two.The only calm ones were mum and Emmanuel.

One good thing was we got two nice pictures.....these will do for a start. 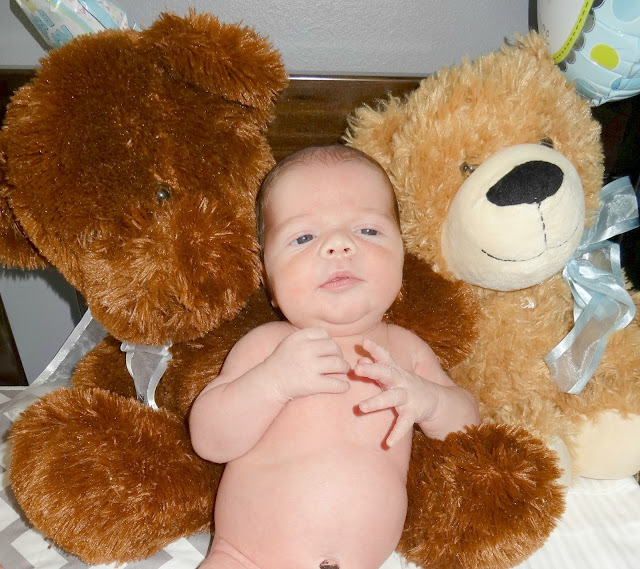 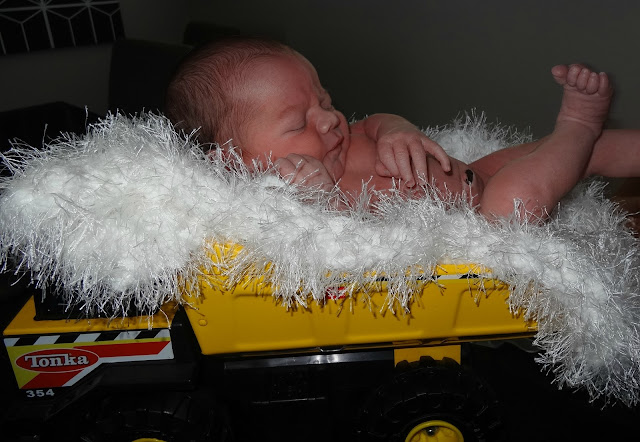 I love this one in his tonka dump truck.I wanted him to be a bit higher up in the truck and also put him on his side.But like I said he was stressing out and Kerry .............forget it.....no chance 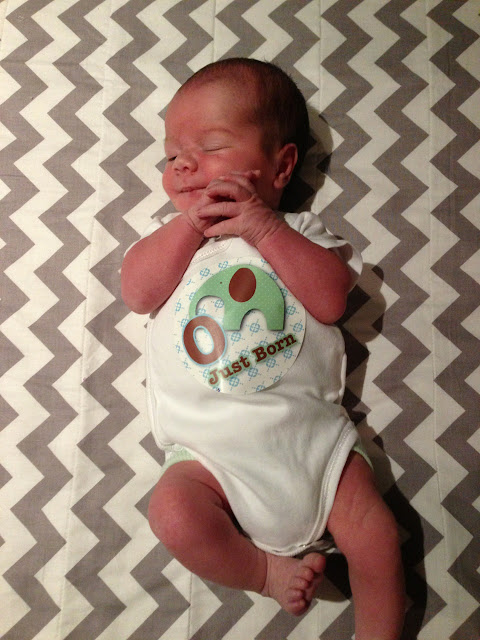 But  Kerry has been good and took the first picture of Jaxon in a onsie with newborn on it.1 down 12 to go ha ha

Gee I am lucky I love my family...xxxx