I have been doing lots of bits n pieces in craft lately...It's a great feeling when making craft I love knowing I am making something for someone (or maybe even for me ) and if I am feeling sick it relaxes me doing it.
Only problem with doing craft is that my mind won't stop.I can be making something and while I am trying to do that I am starting on something else and will be using the computer at the same time.It drives Kevin mad he says "can't you just concentrate on one thing at a time?"
My answer is always "NO"...ha haha

So here is just a couple of quickies I made up this week.I can't wait to show the big ones I am making but they arn't finished yet .....soon...

Anyway I wanted to make a little gift for a friends granddaughter so I made her one of my favorites. 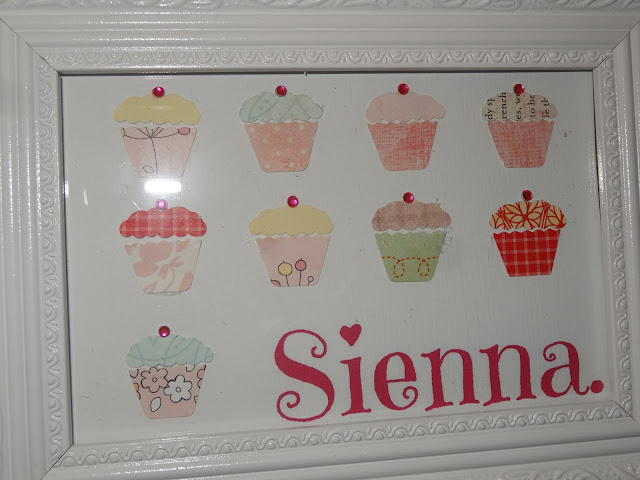 I love these little frames and they look so cute on the little girls dresser or wall.I hope she likes it as well...

While I was doing this frame I painted some letters for some more bits I am doing, 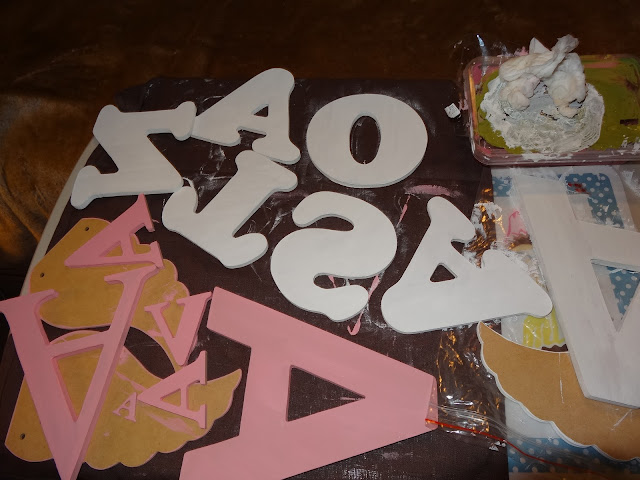 Gee I am a messy crafter but I know where every thing is even if no one else does.

I try to put something down on my desk   to protect it cause Kevin will flip it I wreck or damage the leather top......but sometimes.....

These letters are for Mel (my daughter -in-law to be ) Her sister is having a little boy in a couple of weeks and she asked me to make these letters to match her sisters colour scheme....

At first I wasn't sure about the colours and how it would look but now it is finished I am quite happy with it.Mel had  given  me a photo of one of the pictures in the nursery that I had to match the letters to it..It was hard to match but I think I nailes it...
It is just nice to be different from the usual pale blue for a baby nursery. 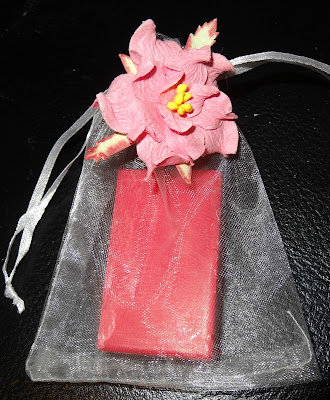 Talk about easy..Well it was for me.Our school is having a fete soon and a Mother's day stall so I was thinking about some fast and cheap things to make.I saw these at a market in QLD  and thought what a great idea.

I bought some really nice soap.Now the hard part wascutting the soap in  half.This was Kevin's job.He tried a few things and they were ok but then my mum told me the best way to cut soap was with a hot knife.Yep it works.
Then I just put the soap in a little organza bag attachted a flower and yeah!!! done...A pretty little guest soap.You could put the whole soap in a bag and do the same but I was trying to do a few and sell them at a cheaper price for the kids.
I got the bags from the cheap shop  10 for $2 ,the flowers I had so each bag of soap cost me around 80cents each not bad.

For the block name I raided the LM's blocks.I want to use this for a photo prop in some photos of Jaxon.All I did was steal(I mean borrow) the blocks and used tape and place the blocks on top so they have some movement for display.I couldn't have asked for better colours. 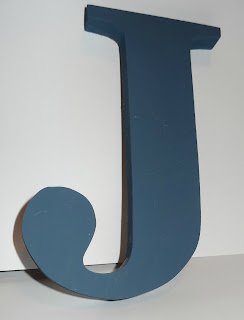 Self explanatry .....Just painted a letter "J" for a photo prop.Later Kerry may put it on the wall.

So there are few quickies for the week that I have been mucking around with... .
Bye