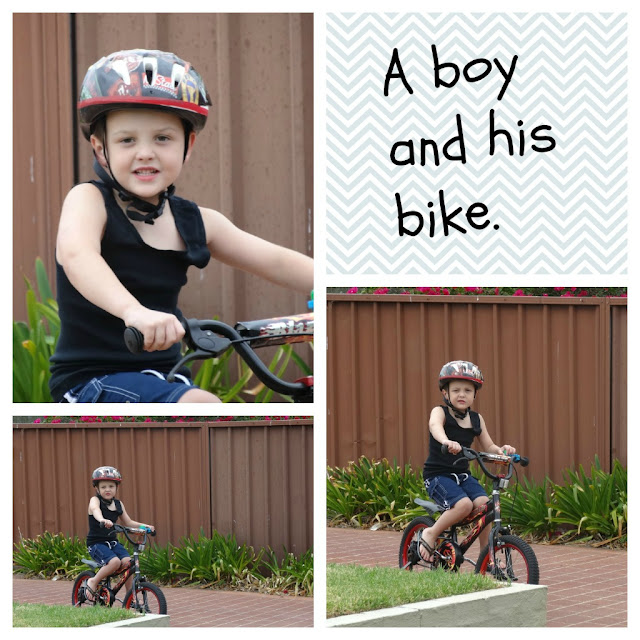 The Little Man loves his bike but then again don't all kids.

We live on a busy street so he is only allowed to ride his bike on the footpath outside our house from corner to corner or we take him to the netball courts where he likes to ride there.

I love the fact that he automatically will put his helmet on when he rides his bike or scooter.I think we were lucky with this as we started him early  wearing it so now it is just second nature to him.

I see so  many kids though riding around with no helmets maybe when they get older they think they are uncool  well hopefully LM will be "uncool"and alive  and wear his...