Only 6 weeks to go till I meet my little grandson and I am just so excited.

Kerry and Emmanuel came over for dinner last night and poor Kerry she has swollen feet and looks so  tired.She said she is over it but then again she has been over it for months.

I wish I could take away all the crap for her.Don't get me wrong she can do the labour ha ha ha I will do the rest.... 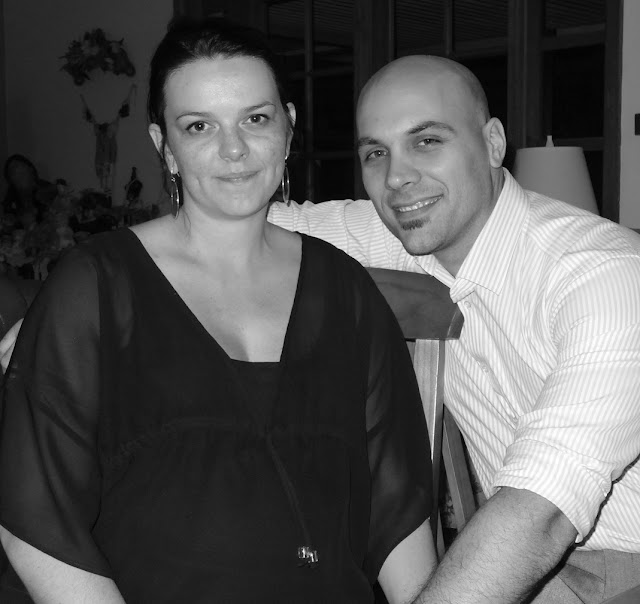 She may be over it but I feel she is positively glowing.......And so is Emmanuel -look at his grin.

Oh and guess what happened when they were here?Peanut was kicking around in her belly so she got my hand and put it on her belly OMG thank you so much the feeling when I felt him move was over welhming to think that is a part of me in there.Thanks Kerry for that you have made me so happy .LM kept asking "what was The Peanut doing he couldn't feel anything"
Later he told me that Peanut was sleep walking.

LM  is also excited about the baby's arrival.He wanted to look up Google the other day to  find a red blanket for him.When I told him he already had a present for him he said "no that's from you and Da I need to buy a red blanket "and he continued to scroll through Google images.Strange child...