The LM has wanted to draw lately, something he never has really been interested in..so I said OK because I want to  put it in our yearbook and I want to encourage him to draw more It's a win win situation for both of us..

I had to share these few because the descriptions he gave me are so funny.He has such an imagination. And yes I needed to ask what the pictures were.Some I had an idea but his descriptions are not what I was thinking of but now I can see it...Do you understand what I mean? 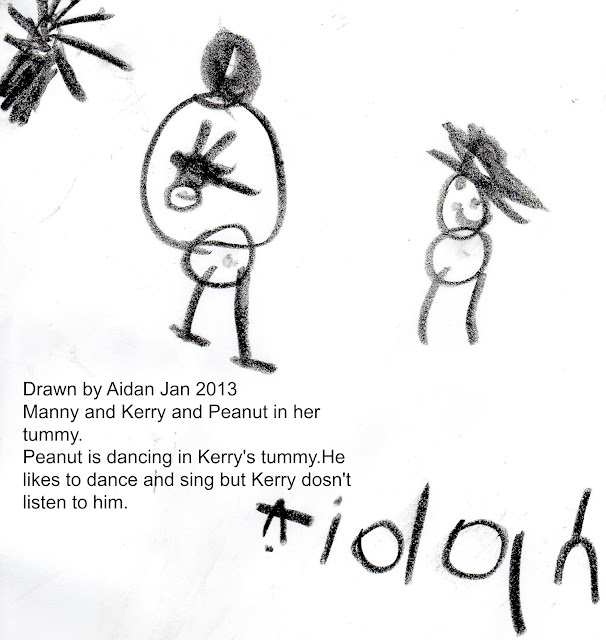 I really like this one. He is really fascinated by Kerry and the baby.He asked Kerry the other day if the baby has a camera in her belly to take photos with.

Another day he said The baby isn't smart because he has a big head like Manny. Strange little fellow isn't he.... 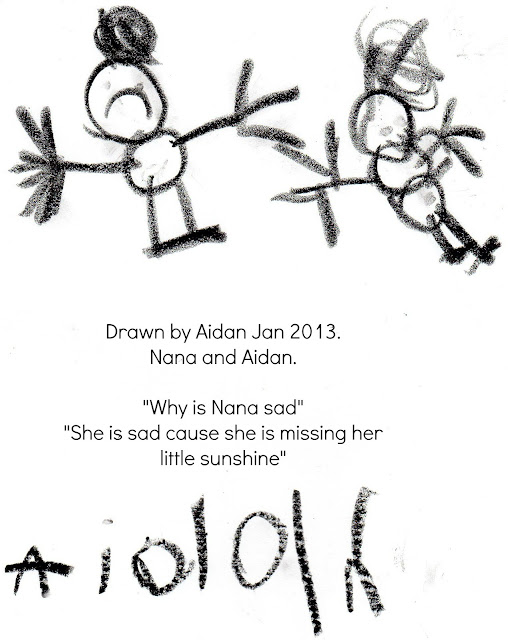 My mum calls LM her sunshine and sings to him "you are my sunshine"..... 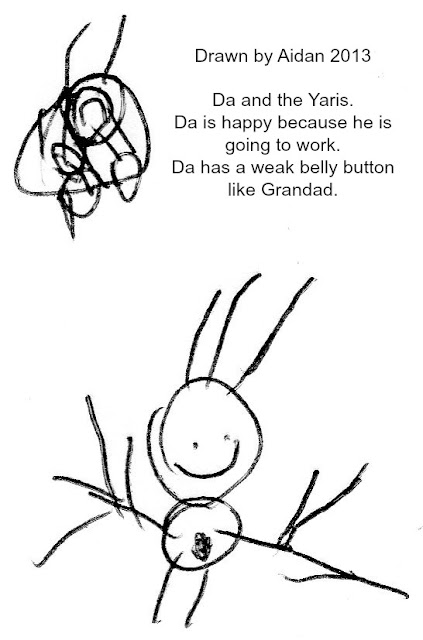 Kev's dad has just had a hernia operation so that is where this comes from.Also I am sure DA is smiling going to work no more LM chatter chatter chatter for an hour in the morning and a hour in the afternoon or LM turning the radio stations over and over till he finds a song he likes and poor Kev likes to listen to talkback urghh....

I am glad I am keeping these and I am sure I will be glad in years to come when LM is older like you tend to forget the little things they say.

I was lucky in that the year Kerry started school it was the Bicentinnal so Aust post brought out a hard cover diary.Well I filled it in everyday with bits of school news and such photos and little sayings she used to say.It is so good to look back on.

Also on funny sayings when we were in Coffs with our other Grand kids the kids were opening up their gifts well the LM came and sat beside me and looked at the kids and said "they grow up so fast"
I said "what did you say " and he repeated it for all to hear well we just started laughing "where did you get that from"I said.His reply was TV.. Well I guess they soak it all up like a sponge and like I am very strict to what sort of shows he watchesand thank God I am because who knows what else is going on in his little mind.