It was the night before Christmas there wasn't a sound.
Not a possum was stirring no-one was around. 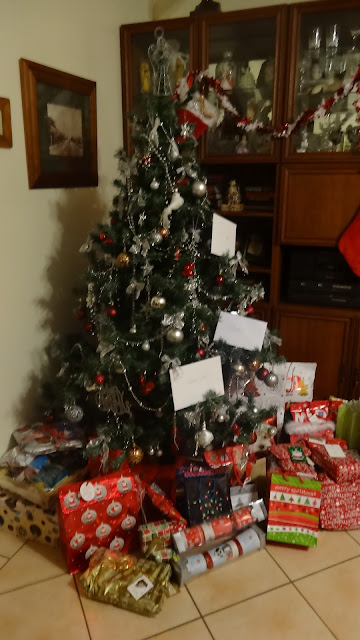 We'd left on the table some tucker and beer.
Hoping that Santa Claus soon would be here... 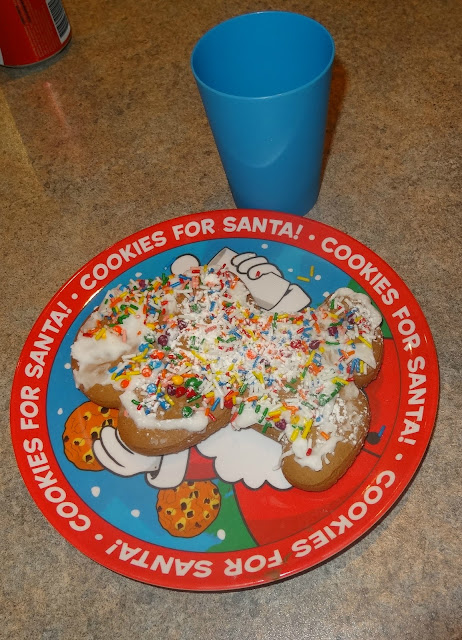 We children were snuggled up safe in our beds.
While dreams of pavlova danced 'round in our heads. 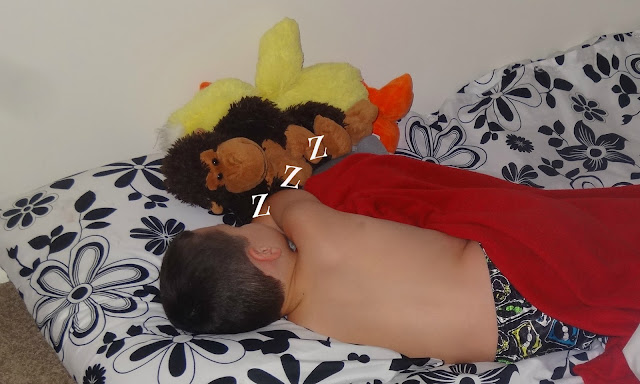 And mum in her nightie ,and Dad in his shorts,
had just settled down to watch TV sports. 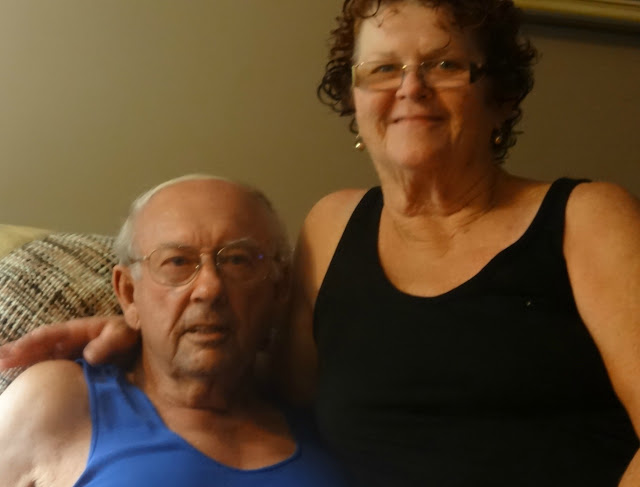 Guess what had woken us up from our snooze.
But a rusty old ute pulled by eight mighty 'roos. 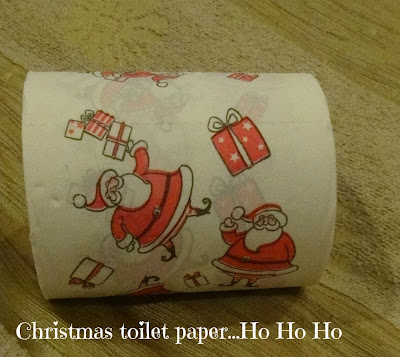 The cheerful man driving was giggling with glee.
And we both knew at once who this plump bloke must be. 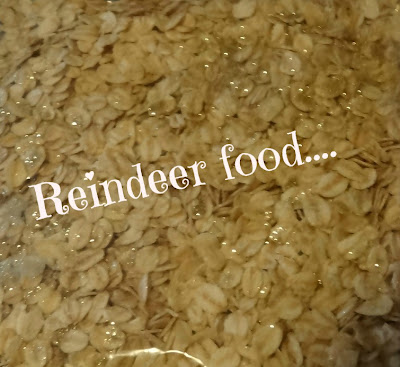 Those eight kangaroos fairy soared through the sky 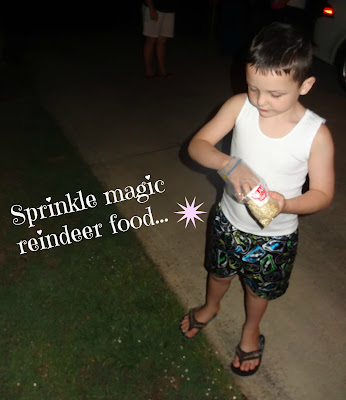 Santa leaned out the window to pull at the reins,
and encouraged the roos by calling their names.
Now Kylie Now Kirsty Now Shazza and Shane.
On Kipper On Skipper On Bazza and Wayne.
Well that was our Christmas eve at my mums in Queensland.I have used the words from the story I read the LM before he went to bed.
It is An Aussie Night before Christmas by Yvonne Morrison and Kilmeny Niland.
The LM really enjoyed this story and was laughing madly that Santa had kangaroos instead of reindeer's.
Merry Christmas Eve to All